4 Myths Of Working In A Police Academy

4 Myths Of Working In A Police Academy

Putting on a uniform and working tirelessly to serve your country is no easy job. That’s why many citizens turn away from joining the police force due to misunderstandings about the police academy. Moreover, recent controversies have painted a negative image of working in the police force, despite the job being incredibly honorable.

Before joining any workforce, it’s essential to dig deep and understand what the work entails, especially when you work in the civil service! You need to be sure that your goals align with that of your department’s so you can progress further without any conflicts.

If you are on the fence about working in a police academy, then you need to think hard about what might be stopping you. To help ease your worries, we’ve compiled a list of widely believed myths, and the truth behind them!

Law Enforcement Is A Lethal Job

A lot of people worry about safety when considering a job in the police force. And while it’s true that police work can be risky, it’s not as dangerous as people make it out to be. In fact, according to the Bureau of Labor Statistics, the job of a police officer doesn’t even qualify in the top ten most dangerous occupations in the US!

Many people fail to consider that before working with the general public or responding to a crisis, police officers are extensively trained. They learn how to responsibly carry firearms and protect themselves and their teammates in threatening situations. All these efforts are made to ensure the safety of the entire department. Additionally, every police officer is provided with personal protective equipment and clothing before entering any high-risk area.

So, while it’s true that working in the police department is no walk in the park, it’s not nearly as dangerous as many people believe.

A widespread misconception that follows the police academy is on the topic of race. Due to widespread controversies, many citizens believe that police officers are racist. However, it’s essential to understand the many ways in which the police academy stands against acts of discrimination. 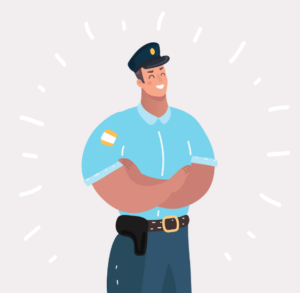 Let’s start from the very first step: hiring. The police academy does not discriminate against anyone based on age, sex, or ethnic background when hiring. As long as you meet the conditions set forth for the application, everyone gets an equal chance.

Additionally, during training, the police force has to go through sensitivity training to ensure that they do not let their bias get in the way of their judgment. While it’s natural for every person on earth to deal with implicit bias, the police academy actively trains its officers to tackle these thoughts and work toward being fair to every citizen.

There Is No Room For Growth In The Police Department

You might not be too thrilled about working in the police force simply because you aren’t sure of what it could offer to you. The idea of patrolling the city aimlessly until you get a call can sound exhausting. Luckily, that’s not what the life of a police officer is like!

The department has many vacancies for dedicated employees who are fit to serve the public. However, to get there, you need to prove yourself. So, while you may start as an entry-level police officer, with enough experience and willpower, you can work as a police chief, an investigator, or even a detective! Some police officers even get trained to help with the National Forest System’s investigation and protection in collaboration with the U.S Forest Service.

Like any corporate job, how well you perform equates to how high of a position you acquire. So, keep your eyes on the prize and work diligently to get where you want to be! 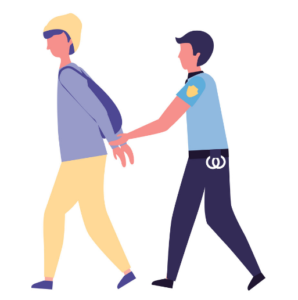 A well-maintained district will have lower crime rates because of how well law enforcement is, not despite it. If crime rates do not decrease, the police academy will look into ways to change their strategies and tactics for reduced offenses. This would be a great time for newcomers to suggest ways to decrease crime rates and prove themselves to be team players.

And if you join a district with a low crime rate, you can help maintain it by following through with existing strategies and gaining experience. If your department ever makes you relocate to a more troublesome neighborhood, your expertise could come in handy.

Considering joining the police department? All you have to do is score high on your Suffolk County Police test, and you’ll be in the running for a job as a police officer.

To make sure you clear the biggest hurdle, we recommend taking preparatory classes taught by retired police department members!  At Civil Service Success, we offer extensive classes covering all the material you need to do well on your civil services exam.

Register with us today to start your exam preparation!