4 Reasons to Work in the NYC Sanitation Department

4 Reasons to Work in the NYC Sanitation Department

Civil service jobs in New York’s sanitation department are highly sought after by US residents. More than 90,000 people file applications for recruitment in this prestigious department annually. However, only 500 successful candidates get a chance to work every year.

It implies that the acceptance rate at the sanitation department of New York City hovers around 1 percent, which is even lower than Harvard University’s acceptance rate!

The sanitation worker’s job ranks at the fifth position in the state’s most fatal jobs. They’re responsible for collecting trash, cleaning streets, removing snow, and doing other recycling duties. Despite the job’s challenging nature, here are four reasons why people prefer to work in the NYC sanitation department.

About the Department of Sanitation New York City (DSNY)

The world’s largest sanitation department, the Department of Sanitation New York City (DSNY), is based in New York. It collects more than 10,500 tons of garbage daily, consisting of both residential and institutional filth. The department performs solid-waste management and removal of snow litter services on New York’s longest streets with 6,300 miles in length.

Furthermore, it’s an industry leader in environmentalism and vows to send zero waste to landfills.

Importance of Sanitation Workers in the NYC

New York City generates the nation’s largest trash of about 11,000 tons of household garbage and 2,000 tons of recycling. While firefighters and court officers control the city’s chaos, they’re the sanitation workers who maintain New York’s ‘clean and distinguished’ image. The sanitation workers carry the greatest value in NYC as their occupation’s fatality rate is two times higher than cops and seven times higher than firefighters. 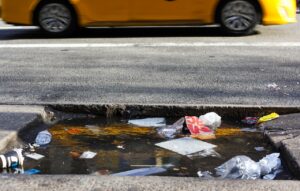 Furthermore, their worth grew to unprecedented levels after the COVID-19 pandemic because safety and cleanliness became the nation’s and world’s top priorities. This is the reason that DSNY employs a total of 6,500 sanitation workers currently. The department ensures that the workers’ uniforms, gadgets, vehicles, gloves, and other touchpoints are disinfected regularly.

6 Benefits to Work in the NYC Sanitation Department

Here, we’ve compiled the top reasons to work in the NYC sanitation department.

Doing a job in the sanitation department of New York City is one of the most demanding civil service work. As indicated by the US Census Bureau and Environmental Protection Authority, the US filthiest city is NYC. This is why they pay sanitation workers a hefty pay.

You get a remuneration of about $37,000 initially after getting hired and have chances to increase it to approximately $50,000 with additional benefits by the end of the first year. Furthermore, the higher officials earn at least $100,000 within five years of their job. Thus, an attractive salary is one of the significant reasons people drive to work in the sanitation department.

Another benefit of working in New York City’s sanitation department is the lucrative compensation on public holidays, state holidays, or additional work/duty hours. 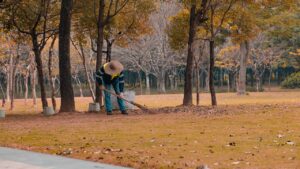 For instance, sanitation workers get the following:

According to the New York State Laws, chapter 551, the leaves are divided into two groups:

The former group gets about 25 paid leaves, while the latter gets 18 paid leaves during the first four years of their service. The leaves increase to 25 days if they complete six years in the sanitation department.

In special scenarios where the employee grieves the death of their immediate family members (spouse, parents, children, siblings, in-laws, or grandchildren), they’re eligible for a leave of four working days.

Furthermore, the department provides monetary benefits to the family members if any employee passes away due to work-related injuries. The beneficiaries of the deceased are entitled to a cash payment of $25,000, unused leaves’ encashment, and unutilized working hours’ encashment (up to 200 hours).

Employees of DSNY can claim compensation for different work-related injuries depending on the situation.

For instance, if a sanitation worker gets injured during garbage collection due to the negligence of a third party, the worker can sue them. They could either be the owners of a faulty garbage vehicle or any homeowner with iced driveways causing workers to slip and fall.

According to the workers’ compensation bar, sanitation employees can’t file a lawsuit against their employers if they’re fully compensated and paid. However, the workers can file a suit against New York City for on-duty injuries and accidents.

In addition, section 27 of the Labor Law directs every employer to provide a safe and hazard-free working environment to employees to ensure their sound health.

If you’re interested in working for the world’s largest sanitation department, it’s time to gear up your preparation for the upcoming sanitation worker exam with Civil Service Success.