Firefighting requires more than just physical endurance and strength: it also requires intimate knowledge of situations and science. Many firefighting departments typically evolve jargon to refer to different firefighting situations, events, objects, etc. Here are some of the terms every firefighter should get acquainted with before applying for a position.

The Science of a Fire

Before getting into a firefighting glossary, every firefighter should acquaint themselves with how fires work. There are three steps to understanding the science: learning fire science terms, the phases of fires, and fire classifications.

Combustion: This is the process by which some substance reacts with oxygen and gives out light and heat.
Conduction: This refers to the transmission of heat (and electricity and soun 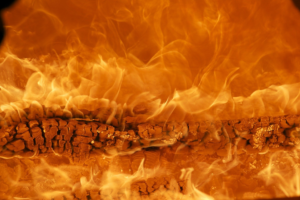 d) through direct contact.
Convection: This refers to the transmission of heat through the movement of a liquid or gas.
Explosive Limits: An explosive (or flammable) limit refers to the amount of vapor in an area that will burn when ignited.

Phases of a Fire

Incipient Phase: This is the first phase of a fire, beginning with the ignition.
Rollover Phase: In this phase, the combustible vapor rises to and accumulates at the ceiling (warm gases rise).
Steady-State Burning Phase: At this stage, enough oxygen and fuel are present for the fire to start spreading and growing.
Flashover: This refers to the moment when all of the combustible vapor that’s exposed to the heat rapidly and simultaneously ignites.
Smoldering Phase: At this point, the flames begin to die down, but heat and thick, black smoke have filled the burned area. 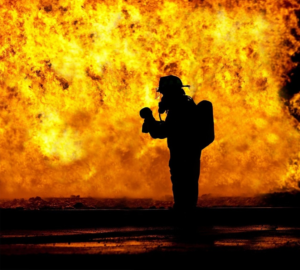 Backdraft: A backdraft isn’t guaranteed to occur in all fires. It occurs if ventilation allows more oxygen into the burning room during the smoldering or steady-state burning phase.

Class A: These are the mildest kind of fires. They refer to fires involving cloth, wood, most plastics, rubber, and paper, and they can typically be put out with water.
Class B: These fires involve combustible liquids or vapor, such as gasoline or alcohol. The best way to address these fires is to cut off the oxygen and fuel sources.

Class C: These refer to electrical fires, and the first step to dealing with these is cutting off the electrical supply. After that, the fire can be treated as a Class A or B fire, depending on what’s burning.
Class D: These fires involve combustible metals (sodium, magnesium, uranium, etc.) and require specific fire extinguishing agents.

Besides fire science and classifications, many more terms go into making the firefighter’s vocabulary. Here are some more terms you should know before sitting for a firefighter civil service exam.

A, B, C, and D-Side: This is a common way of classifying fire sectors. A-Side refers to the front of a structure (where the front door or parking area is). Similarly, B refers to the left, C to the back, and D to the right. 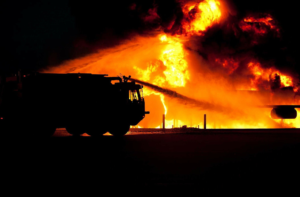 Apparatus: This refers to any mobile firefighting equipment, such as a tanker or pumper.

Arson: This refers to the malicious crime of setting fire to or charring property as a premeditated act. Though homes and other dwellings are the most common objects of arson, cars, forests, and other private and public properties also fall under the crime. Article 150 of the New York Penal Code defines arson, its classifications, and its punishments.

Career and Call Firefighters: Career firefighters derive most of their income from firefighting; it’s their primary employment. Call firefighters work part-time and respond to all kinds of fire emergencies; they aren’t based at a fire station.

Engine: This is a vehicle that carries hoses, a water supply, and other equipment, and it has a water pump.

Fire Code: Otherwise known as the fire prevention code or fire safety code, this is a set of rules designed to prevent fires and explosions. It provides rules that regulate the handling, storage, and use of flammable materials.

Hotshot Crew: This effectively refers to a set of 20 or so firefighters who specialize in handling wildfires with little, if any, logistical support.

Reflash: A situation in which an extinguished fire begins burning again.

Type I, II, III, IV, V Buildings: This refers to a way of categorizing buildings according to their fire resistance, with type I being the most resistant and type V being the least.

These firefighting terms will partly prime you for your firefighting career, but it’s not enough to ace your NYC firefighter exam. For that, get in touch with us at Civil Service Success. We provide NYC firefighter preparation classes, as well as generally prepping applicants for civil service exams, such as the Suffolk County police exam.