We all know how it goes in the movies; fires and explosions break out, people panic, and one guy picks up the radio and shouts “mayday, mayday, mayday.”

But what is a mayday operation, and when does a firefighter categorize a situation as such? Usually, firefighters will call for help when they are trapped in a space with no way of getting out. They may also do so when a firefighter goes missing.

It’s a “distress” call for a reason.

Perhaps the only thing movies get right about mayday operations is that you have to say “mayday thrice.” The downside is that media representations have led to people developing incorrect notions of firefighting and mayday operations.

If you’re planning to appear for a firefighter exam, we suggest you don’t rely on heresy or on what you see in movies.

There are several myths attached to firefighting mayday operations—and it’s time we busted them all.

Myth: Just Shout into a Radio and Help will Arrive

Of course, there’s a radio is involved, but you also need to know: 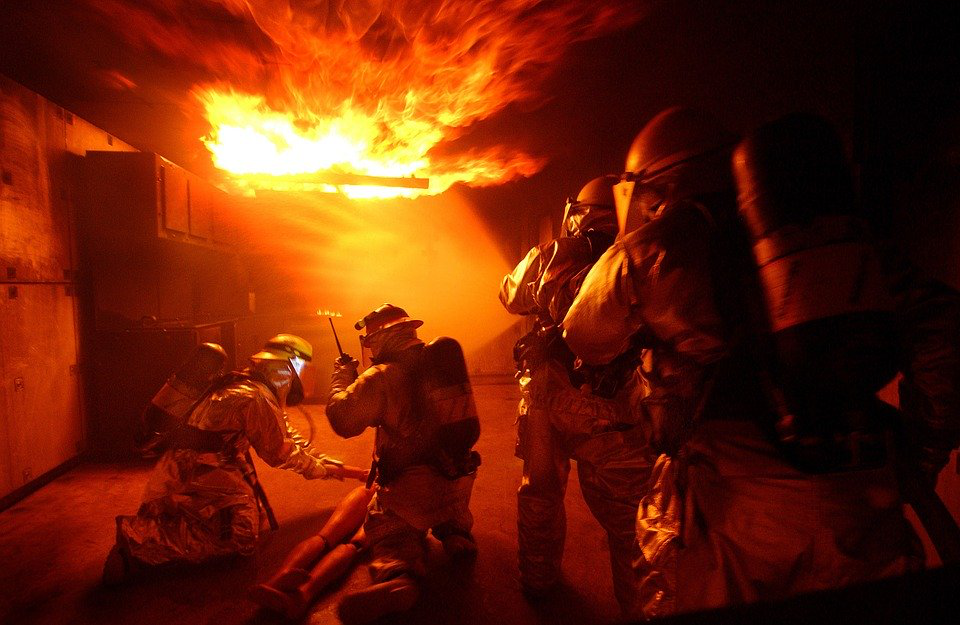 Calling in to establish an event as a mayday operation is one of the most basic fireground skills that every firefighter must be able to perform perfectly. There’s little space for error. However, most firefighters don’t have to deal with too many mayday operation calls in their career, and can, at times, be unsure how to go about it.

Just shouting into your radio is a TV trope, and real-life firefighters aren’t plot devices.

One of the biggest myths that were propagated by films and TV shows is that a firefighter will always yell “mayday!” into their radio at the first sign of trouble. That is incorrect. Firefighters assess the damage and call for help if they are not able to handle the situation themselves. Most departments follow a U-CAN format, which entails:

Maybe your department has a different set of SOPs (Standard Operation Procedures), but no firefighting department operates without them. These SOPs usually outline when a distress call can be made, how it’s made, and how firefighters should act in the event of such a call. 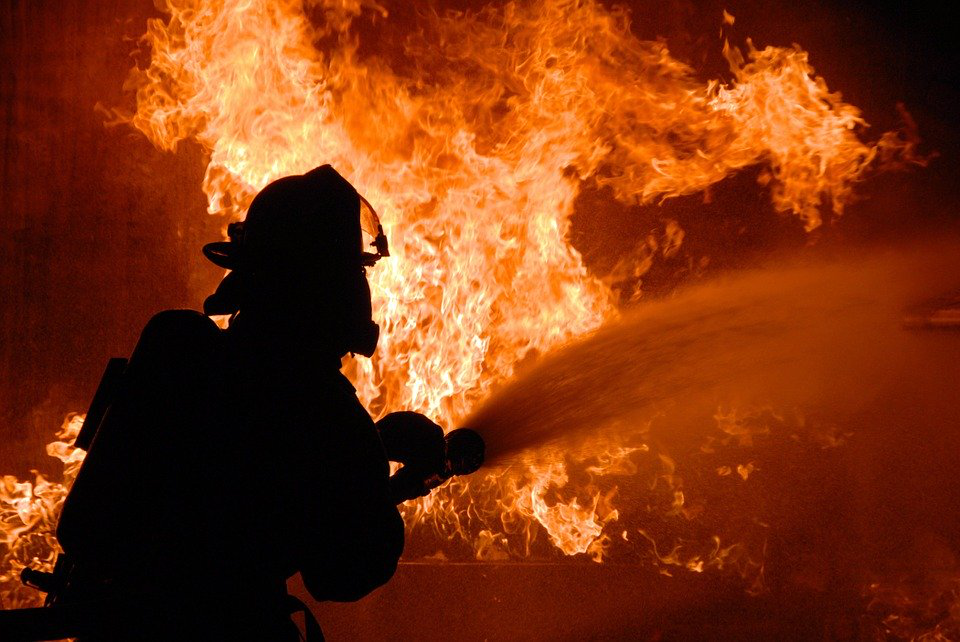 Thus, while the call might be a “distress” call, the events that follow are hardly distressing. The follow-up procedure is highly organized and specifically designed to deal with distress situations. Firefighters are trained long and hard for this purpose.

Myth: Mayday Operations are the Responsibility of a Particular Department

If you plan on joining the fire department, you’ll be trained for mayday operations. Period. Every firefighter, as we have already pointed out, receives training for distress situations.

However, it’s usually firefighters who are already on ground or in nearby areas who respond to distress calls. If a firefighter is in danger and makes a distress call, you will have to respond if you are in close proximity. The myth that a certain department within the fire department is designated to respond is clearly false.

Myth: Mayday Operations Happen All the Time and Firefighters Usually Burn to Death

Only in the movies. In real life, on-ground mayday operations are pretty rare. They can occur in the event of a massive fire, a plane crash, or a natural disaster. Since firefighters also help with situations other than fire-intensive catastrophes, the SOPs for responding are not specific to fires. They are made for rescue operations for any kind of disaster. You’ll often find firefighters at work after an earthquake or a cyclone, for example.

You can find evidence for this in the numbers. In 2018, for example, 58,250 firefighter injuries were reported. Although it’s true that most firefighter injuries occur on fireground, the cause of these injuries isn’t what you’d expect. It wasn’t “third-degree burns” or “scalds.” According to the report, the leading cause of injury was “overexertion” or “strain.” 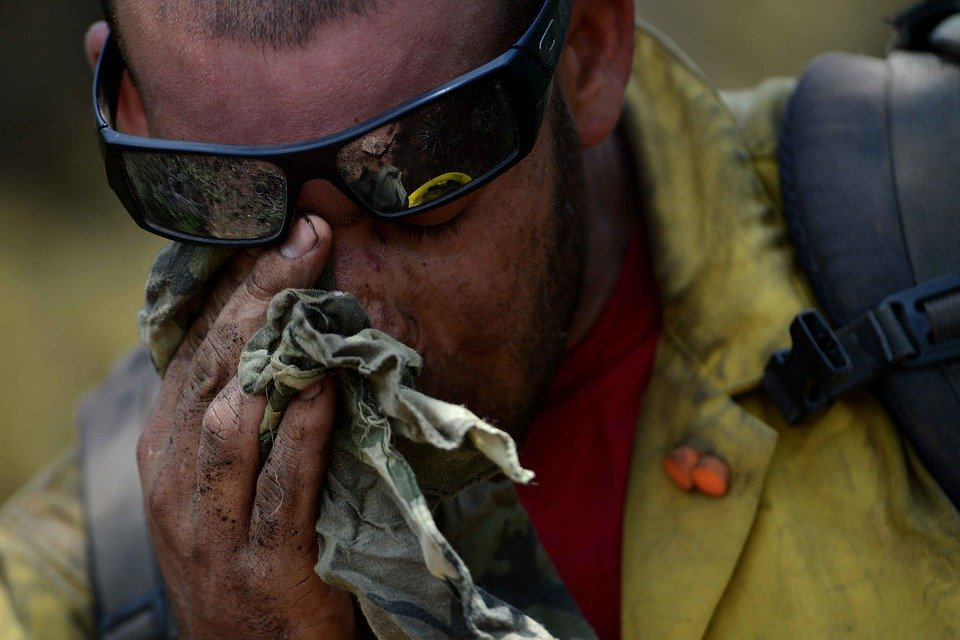 In the same year (2018), 88 firefighters died on duty. If that sounds like a massive number to you, note that the United States employed around 1,115,000 firefighters in 2018. Additionally, the leading cause of death among firefighters is cancer.

So no, it isn’t like it’s shown in the movies: firefighters don’t get roasted alive as if Bloody Mary was persecuting them on an open pyre. Nor do they run off to handle distress operations twice a day.

Myth: The Firefighters Who Respond to Mayday Calls are All Young

The fire department doesn’t send all its new recruits off to mayday operations on their first day of duty. Even well-trained recruits are usually accompanied by a large company of middle-aged fighters, between 30 to 45 years of age. These firefighters have at least 5 to 15 years of experience and are well-prepared to meet the fiery challenges that await them.

Additionally, you might have seen something like this video about “top 10 HOTTEST firefighters in movies” or these Utah firefighters giving a shirtless forecast on TV. All of that is, however, more of a Zack Snyder fantasy—because you don’t necessarily have to look like a WWE superstar to be a firefighter.

Yes, you get extensive physical training and fitness is a major part of being a firefighter, but that’s about it. The only thing “hot” about being a firefighter is the job. And no, you won’t be going shirtless into any fires either—you aren’t the Mother of Dragons.

Myth: There’s a Lot of Yelling

Naturally, during a distress situation, people will have to shout to be heard over the chaos. However, the radio call (the “mayday mayday”) is usually calm and calculated. Distress calls have to be calm and clear in order to deescalate tensions. There’s usually a fixed command on ground nearby, and the response is quick.

In firefighting, there are generally 3 kinds of maydays:

One of the first things you must learn as a firefighter is to keep your calm. Radio communications can also get pretty messy—you might lose communication, be on the wrong channel, or have poor connections. There’s also an emergency button for when you can’t talk—but fighters are trained to talk as long as they can, to give out as much information about their situation as possible.

One of the most coveted and respected jobs in the country, becoming a firefighter is a major decision. You can become one by appearing for a firefighter exam in NYC. The test is lengthy, divided into several segments, and both written as well as physical. You can start prepping for it by registering for classes, tutorials, and resources being offered by Civil Service Success.