5 Tips for Staying Calm When Dealing with Difficult Suspects

5 Tips for Staying Calm When Dealing with Difficult Suspects

Each year the New York City police officers stop and frisk thousands of suspects. In 2007, there was a record 700,000 “stop, question, and frisk” conducted by the NYPD, which made it clear that the tool, while an integral part of policing, was being overused.

Ever since then, the number of suspicious stops has declined significantly, but there are still several issues that are being highlighted regarding reasonable suspicion stops. One of the biggest concerns is the excessive use of force when dealing with a suspect.

An unfortunate reality of being on the police force is that you can’t avoid dealing with obnoxious and difficult people who will resist questioning and will react in a volatile manner. Although all officers receive guidance from their respective agencies regarding the use of force and how to deal with difficult suspects, there are no universally set rules prescribed for officers regarding how much force they should use. As a result, if an officer fails to conduct himself or herself in a calm, calculated, and professional manner, they can land in a heap of trouble with the disciplinary committee and the general public.

But it’s not easy to figure out how to stay controlled and collected when dealing with a downright belligerent suspect and get them to cooperate with the investigation.

Here are some tips for experienced law enforcement agents in New York to help you prepare yourself for the moment when you’ll come across a particularly difficult suspect who pushes your buttons: 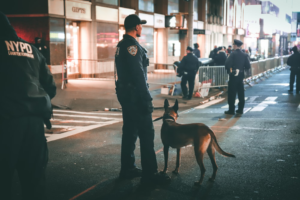 One of the most challenging aspects of dealing with a suspect that is being rude is not taking it personally. It is essential that a police officer remains objective when dealing with a difficult situation. You need to remember that the suspect does not know you as an individual, but rather considers you as a representative of a law enforcement agency.

So, any rude comments or obnoxious behavior is not aimed at you, but at who you represent. The suspect probably doesn’t know what a good dad, husband, or friend you are, nor do they care. By taking their comments and behavior as a personal offense, you will only end up escalating the situation and get more frustrated.

During law enforcement training, police officers are encouraged to practice the when/then thinking strategy. The strategy is usually applied to physical attacks such as gunfights. For example, when a suspect jumps out of a car with a gun aimed at you, you should try to disarm them while protecting your center. 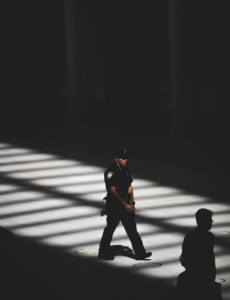 The same strategy can be applied to dealing with difficult suspects. You can practice when/then thinking for different scenarios that may happen when confronting and aggressive individual. For example, when the suspect is swearing at you and insulting your profession you should remain calm and refrain from getting riled up.

This exercise will help you anticipate the behavior of the suspect and will prepare you to respond in a prompt and controlled manner that is in line with the agency policy, professional common sense, and the law.

Keep Your Stress Levels in Check

Everyone has good days and bad days. There are days when you have had a fight with your spouse, someone cut you off while driving to work, or you are just overworked by the number of responsibilities you are expected to take care of. It’s completely understandable and a significant part of being human.

However, being a cop, you need to be careful about managing your stress levels to avoid getting into hot water. If you feel like you are about two seconds from pounding the next guy into pulp for even looking at you funny, you need to decompress and take immediate steps to lower your stress levels. If you ignore your emotions and anxiety levels, you will inevitably find yourself losing your composure when dealing with a suspect who is not ready to cooperate.

Don’t Be Afraid to Ask for Help

A common issue among police officers is ignoring their mental health and personal issues to look tough in front of their peers. Asking for help, especially for mental health, is considered weak and has a lot of stigma around it. This means that a lot of officers end up ignoring their mental health issues and often deal with their frustrations of the job or when dealing with difficult suspects. It is vital for police officers to come forward and ask for help if they are suffering from depressive symptoms, anxiety, or PTSD to avoid reaching boiling point during the investigation and routine police business. You should also keep an eye on fellow officers showing signs of anxiety and stress. Being proactive can help in deescalating situations where your fellow officer might be close to losing it on a suspect.

Just because you want to come across as a good cop, doesn’t mean you shouldn’t take active steps where justified. There is no rule that says that you should stand there and take the barrage of insults and other verbal abuse. Dealing with rude and obnoxious people in a controlled manner doesn’t mean you don’t have the right to take appropriate action to control them where warranted. While showing restraint is essential as an ethical police officer, it is also important to know when the suspect has crossed limits.

According to Nelson Mandela,

“The brave man is not he who does not feel afraid, but he who conquers that fear.”

Learn how to face your fears and uphold the law by joining the Suffolk County Police Department. Civil Service Success can help you prepare for success in various civil service exams in New York, including Suffolk County Police, Nassau County police officer, and NYS court officer. With our all-inclusive exam preparation classes and numerous workshops that you can register for, we can help you increase your chances of getting top scores on the first attempt of your civil service exams!

Get in touch with us for any more queries you might have regarding our excellent exam preparation packages for various civil service positions in New York!