The coronavirus outbreak is one of the biggest healthcare crises that we’ve seen in a very long time. It’s no lie that our healthcare system is overwhelmed and as the death toll continues to rise—there’s a general agreement that we were blindsided when nCovid-19 showed up at our doors. If anything, there’s a lesson here for all of us to consider—we’re always better off erring on the side of caution and investing in industries that might not seem useful at the moment. Because if we don’t invest in them right now, we’ll be at a loss for what to do when the need for these industries rises—like right now.

Nowhere else are these considerations more crucial than in the New York City Sanitation Department. It’s really ironic how people in the most lucrative fields are being laid off and the only essential workers include a tiny segment of the workforce like police officers, healthcare professionals, grocery stores and sanitation workers. Just imagine, the brightest financial minds find themselves out of a job, while sanitation workers go out to work every day because hygiene is a fundamental requirement to avoid illnesses. The coronavirus has taught us that we’re taking services and workers in sanitation for granted—because we don’t even know how unsanitary New York might have become if these people weren’t around.

The Occupational Hazards of Being a Sanitation Worker

A couple of years ago, a news report came out that spoke of some of the most dangerous jobs in the US at the time. This report brought out some very startling statistics, the most shocking of which was the fact that being a sanitation worker is the 5th most dangerous job throughout the country. If you’re a sanitation worker in the US, you are nearly twice as likely to die on the job as a steel and construction worker—yes, that does put some things into perspective doesn’t it?

Even now, as the state of New York tries to clamp down on the damage from the coronavirus—sanitation workers throughout the region have been the most severely affected. The most recent reports state that 240 members of the sanitation department have been diagnosed with the infection and there’s no telling how many more will catch the disease. In a time when most people are working from home or are keeping safe indoors—sanitation workers are going out every day to keep the city clean.  In this process, they work with dangerous equipment and deal with potential biohazards because no one’s ready to handle these materials. If anything, we should recognize the value of sanitation workers and the role they play in keeping pandemics and the city clean—to pick up after the trash left behind by the 19.44 million people living in New York right now.

The coronavirus is quite arguable the most infections disease known to man. Even contact with objects or surfaces touched by a patient can transfer the infection to you and make you fatally ill. Imagine being the one person in the United States, whose job is to get rid of things that other people throw away—especially in a city with the highest infection and Covid-related death rates in the world! At this moment, sanitation workers are far more likely to be infected with the coronavirus than most other occupations in the country.

There’s little to be done for it though. It’s essential that all the waste we produce is carried away and disposed of safely because if you leave it lying around—the infection rates will go higher. This is even more important with hospital equipment that has been used to treat or test coronavirus patients—the more infected equipment is lying around, the higher the risk of hospitals becoming infection hotspots.

The task of clearing away hospital waste and other kinds of trash forms one of the foundations of containing the spread of the coronavirus. And despite knowing what the risks are, the sanitation workers of New York have risen to the challenge to keep the state of New York completely clear of any garbage. They start working as early as 3:30 in the morning and work till 2 in the afternoon, putting themselves in harm’s way to dispose of all the things that people and hospitals leave lying around. The sanitation workers in New York are a crucial component of keeping the population of New York healthy and safe. 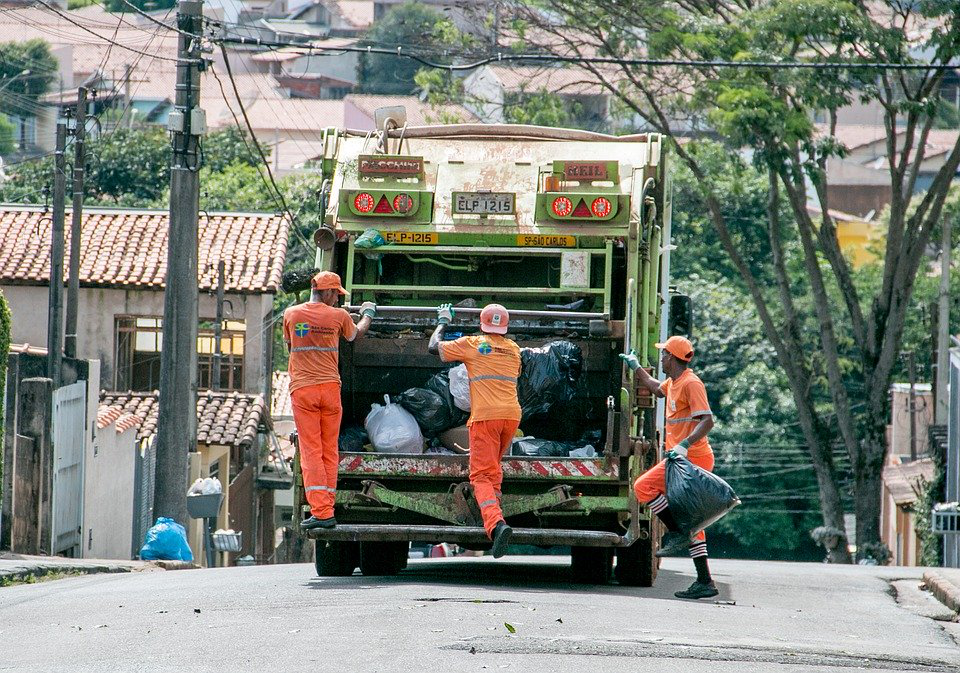 Knowing these things, it becomes clear that there are few more noble and essential jobs in New York than a sanitation worker. These people are working at the oddest of hours to help support the work of the healthcare system and stem the tide of the growing infection rates—putting themselves at more risks than just getting the coronavirus without a single complaint. If anything, the members of the New York Sanitation Department are worthy of recognition and respect—never to be forgotten for their services even after we overcome Covid-19.

Thinking of Becoming a Sanitation Worker in New York?