Pursuing a career in law enforcement can be the most satisfying, noble, and challenging experience in a person’s life. Many individuals take police exams in Suffolk County and Nassau County to get appointed as cops. However, policing has some positive and negative aspects like other professions.

Unfortunately, some misleading societal elements have successfully portrayed a false image of the law enforcement personnel as aggressive and racists individuals. This blog has busted some common myths about working in law enforcement.

Indeed, the nature of work in law enforcement is dangerous. However, it’s surprising that despite being perceived as ‘dangerous,’ the profession doesn’t rank in the country’s top 15 dangerous jobs.

According to the list of top 25 dangerous occupations by the US Bureau of Labor Statistics, cops and police officers rank at the 18th position. Fishers and individuals involved in the fishing profession have the most life-threatening job, with a rate of 100 casualties per 100,000 laborers. Furthermore, cabs and taxi drivers carry a four times greater risk of getting killed in homicide than law enforcement personnel.

The reason police and cops rank lower on the list is their adequate training to use guns and other weapons to protect themselves in dangerous situations.

Interestingly, research and data reveal that more than half of the police officers are happy and content with their jobs. Furthermore, there’s no solid evidence that law enforcement has increased burnout than other occupations. In fact, a few past research studies have indicated a positive correlation between cops’ achievements and decreased fatigue. 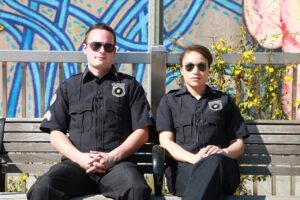 Moreover, if any officer gets reported for sexual harassment, the officials thoroughly investigate the case. They make sure the offenders get the most pertinent punishment, including termination from the job.

Myth # 04: The Rate of Alcoholism is High Among Police Officers

Several researchers conducted multiple studies in the past to ascertain the facts regarding this myth. Because there are no credible sources that validate the practice of increased alcohol abuse among law enforcement officers.

According to a study conducted by a police psychologist in the Health and Human Services Department, USA, the rate of alcohol addiction among police officers is much lower than eight other occupations.

Myth # 05: You Have to Endure Mental Trauma to Become a Successful Law Enforcement Officer

Since the job of law enforcement officers involves dealing with violence daily, there’s a general perception that the job is emotionally draining. In other words, becoming a successful police officer requires enduring severe mental trauma and torture.

Although police officers experience distressing situations, it happens for a short period. And a majority of the officers successfully recover from this agony and happily retain their jobs.

As indicated by a study, a small percentage of law enforcement officers reported long-term mental disorders due to prolonged exposure to shooting. However, most police officers effectively manage these situations and get promotions to successive levels. Additionally, if any officer experiences emotional trauma, they’re recommended to consult a professional therapist for treatment.

Action movies and crime series have convinced us that aggression and violence are essential to law enforcement; if you’re aggressive, you can be a successful law enforcement officer.

Unfortunately, this isn’t true! Communication, interpersonal, and other leadership skills matter most for a police officer. They also undergo sensitivity training.

Unless you’re watching a series depicting an undercover officer, no law enforcement official carries a license to kill. The moment an individual wears the uniform of a law enforcement personnel, their responsibilities and onus increase. It means that they have to be more cautious about their actions in crisis. Becoming a police officer doesn’t mean that they can kill anyone.

Police officers are accountable for all their actions. Carrying a revolver doesn’t imply its incessant use everywhere.

Myth # 08: A Career in Law Enforcement Increases the Risk of Divorce

Finally, there’s another myth that entails that people pursuing a career in law enforcement can’t enjoy a happily married life.

This has been contradicted by various researchers who have proven that there’s no relationship between police officers and the divorce rate. In fact, one study has indicated that they have a lower divorce rate than other occupational workers.

If you’re passionate about pursuing a career in Suffolk County police or civil service jobs in NassauCounty, Civil Service Success can help you get started with the first step — the entrance exam.

In addition to enjoying high compensations, individuals also get other lucrative benefits working for the US federal government. Prep classes for court officer exams and sanitation worker exams are live! Register your slot today!