In the past few decades, the crime rate in New York has been a cause of concern not just for the civilians and the authorities but also for the federal government. As such, when the crime rate began declining by 45%, people were happy, but more than that, they were surprised. People might even argue that that fewer police officers are required on the force now.

Since the 1980s, rampant violence and frequent killings were a common feature of the subways in New York. Public order became a priority in 1984 when a five year program was initiated to remove graffiti in subway platforms and train stations. Later, in 1989, the focus shifted to the reduction of minor offences that included theft and pick pocketing, in subways.

Burglary, theft and other misdemeanors were common in well-off neighborhoods. In the 1990s, arrests for misdemeanors increased up to 70%. This greatly reduced the chances of robberies from 2.5 to 3.5 percent whereas motor vehicle theft declined by 2.1 percent.

New programs that have been set up as alternatives to incarceration have reduced crime rate in New York significantly. These programs include linking mentally ill defendants to counseling and drug treatment courts. 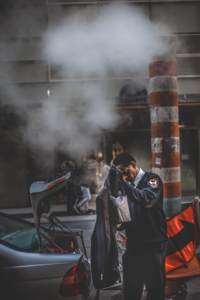 The NYPD has 52000 officers employed out of which 36,000 are uniformed officers and 16,000 are stationed in civilian positions. The influx of people into the police force led to a lot of people putting their faith in the system – meaning, now civilians felt like power was not concentrated in the hands of a few. This building of trust led to neighborhood and community watches which had a significant role to play in the low levels of crime in New York today.

The responsibilities of a good police officer are to guarantee the safety of civilians and advocate for their well-being. It is due to such officers that New York crime rate is now seeing better days. If you are interested in giving thecivil service exam New York for Suffolk County, make sure you learn with the expert instruction staff at Law Enforcement Service Systems Inc., Civil Services Success and affiliated service providers.