Mr. Eric Garner was not a hardened criminal by any definition. His only crime was being black and selling untaxed cigarettes on a stretch of Bat Street near the Staten Island Ferry Terminal.

Being arrested twice for circumventing state tax law, he was no stranger to law enforcement officers and being arrested. But on that fateful day in July, he took his last breath as his pleas were ignored by the officers who choked him to death as he was put under arrest.

Mr. Garner’s death captured national attention and a series of similar incidents ignited a fierce debate over excessive force and the actions of police officers and emergency workers when dealing with people of color.

With cases like the shooting of Stephon Clark in his grandmother’s backyard and the gunning down of Saheed Vassell—a mentally ill black man—following soon after, the conclusion was immediate: there was a definite racial bias within police departments in the United States.

Racial Prejudice in the United States

Racial prejudice was a part of the fabric of American society for centuries. And while there have been huge changes with awareness campaigns such as ‘Black Lives Matter,’ it’s still there, manifesting in stealthier and subtler ways than it did in the past.

However, it rears its ugly head in various situations, such as the stereotyping of a particular group of people, the way salespeople choose to assist different people that come to high-end stores, the way employers are biased toward certain employees or potential hires, and the stark difference between how young people of color are treated in as compared to “white kids.”

Racial prejudice is painfully apparent in sentencings for crimes as well, with verdicts often being harsher and stricter for people of color. A lot of times, black men are even accused of crimes they didn’t commit due to the racial biases.

Case in point, Walter McMillian’s conviction in 1988 for the fatal shooting of a white female store clerk, or the conviction of Sundhe Moses, who was accused of being involved in a drive-by shooting in Brownsville, Brooklyn, in 1995.

While both these stories have a happy ending (if you can call it that after years of incarceration!), with the accused being exonerated after spending years in jail for a crime they did not commit, many aren’t so lucky.

In most cases of racial bias, police officers act impulsively, and on an automatic assumption regarding a particular group of people. Also called implicit bias, the issue has been brought to light due to the many people who have experienced it firsthand.

What’s more concerning is that implicit bias doesn’t require bigotry; it can also occur due to implicit socializations. Implicit racial bias causes individuals to respond with racial prejudice to various situations without being aware of it. They do so despite good intentions and nondiscriminatory policies in place. 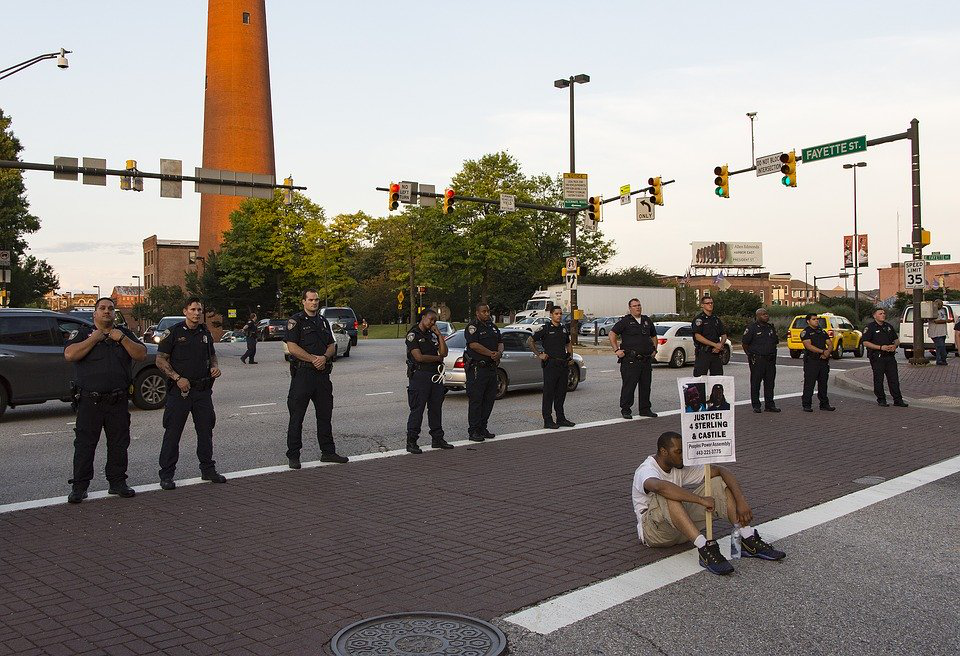 In the context of community safety and criminal justice within the New York Police Department, implicit bias has been known to influence many interactions between citizens and the police.

While recent public outrage has resulted in a significant decline in outright racism, implicit bias is still rampant within the NY Police Department.

Fighting Racial Bias One Police Department at a Time

In the wake of the numerous controversies over excessive use of force, shootings of unarmed black men, and public outrage over the rampant racial bias, the New York Police Department has begun implicit bias training for new and existing recruits.

The training has been designed to change the way police officers make unconscious assumptions based on the color of a person’s skin, the way a person is dressed, or how they look. Police officers are often confronted with split-second decisions, and more often than not, those decisions are based on race. Implicit bias training compels them to recognize possible prejudices they might have and set them aside while ensuring community safety.

First Deputy Commissioner Benjamin Tucker has been overseeing the NYPD’s implicit bias training. According to him, training for implicit bias became a top priority after the death of Eric Garner due to excessive use of force during his arrest.

The training forces officers to look deeper into what influences their actions and acknowledge the implicit bias in their decision-making. The eight-hour course has had a significant impact on improving fairness in police officers’ decision-making, as well as changing the subconscious attitudes of these officers toward people of color.

Correcting for implicit racial bias within law enforcement is not easy. Even in the absence of overt racism and bigotry, implicit biases can thrive. While training programs and courses are one way to fix the problem, there are a few simple steps that go a long way in reducing racial bias among police officers. These include:

Fighting For the Rights of All People

It’s important for police officers to understand the impact they have on the community. They have been entrusted with safeguarding the rights of all people which includes the minorities in the United States. Police officers must learn to try and do the right thing without becoming defensive or perceiving someone as dangerous simply based on the color of their skin.

Cultivating awareness of the rampant implicit bias within the law enforcement and starving to change the pattern of injustice experienced by the minorities in the country will ultimately lead to true and fair community policing in the United States!

Want To Become A Part Of The New York Police Department? Register Today!

Get in touch with us today for more information!