How Does The New York State Civil Service Work?

How Does The New York State Civil Service Work?

When we think of a civil service job, the first thing that comes to mind more is either a police officer or firefighter. While these officers are a big part of the public sector, there are other unsung heroes in the New York civil services.  These civil servants don’t have the same public profile, which is why most of these jobs go unnoticed and underappreciated.

The largest and one of the oldest police departments in the country is the NYPd or New York Police Department. An estimated 36000 officers and 19000 civilians work with the NYPD or are directly associated with them in a professional capacity.

Established in 1845, they are currently responsible for policing a city of over 8 million people. And along with law enforcement, they also have a wide variety of tasks like public safety traffic management, counterterrorism, and emergency response roles. 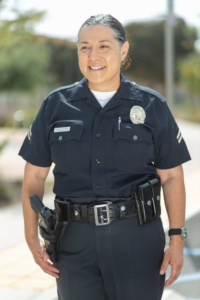 Divided into major bureaus like investigations, enforcement, and administration, the NYPD has become a powerhouse of efficiency over the years. Also, divided into 77 patrol precincts, the NYPD has detectives and uniformed patrol officers safeguarding the whole city. Furthermore, traffic safety is overseen by uniformed civilians on the crowded streets and highways of the city.

The NYPD’s mission is to improve the quality of life for the people of New York City. To maintain order and enforce local laws, they investigate and prevent crimes in the city. While upholding the law, they work on intelligence, counter-terrorism, housing, transit and transportation, and patrol and detective services through their several specialized divisions.

The largest Fire Department in the country, the Fire Department of the City of New York (FDNY) is renowned as the busiest and most skilled emergency response organization in the world. The FDNY’s primary goal is fire protection, emergency medical response, and other miscellaneous services in public safety in all five boroughs in New York.

The FDNY also provides public education in fire, life safety, and disaster preparedness, and crisis management, along with enforcing public safety codes. Since it’s foundation in  1865, the department has contributed to making New York City the safest and most secure metropolis in the country. This commitment requires a daily commitment and diehard conviction to their core values of keeping their fellow New Yorkers safe. With their by-the-book attitude and consistent diligence, they are sworn to serve and protect life and property.

With over a million emergencies responded to every year, the FDNY aim to prevent tragedies by delivering educational talks, speeches, and seminars at education centers and workplaces. They have extensive fire prevention, investigation, and education programs to teach the public the dos and don’ts for their own safety and the safety of others.

The Department of Sanitation NYC, is the largest sanitation department in the world. Every day, the DSNY collects over 10,500 tons of garbage from residential and commercial organizations and 1,760 tons of recyclables. The department is a leader in environmentalism with its commitment to dispose of any waste into landfills. While efficiently collecting said waste, sanitation workers at DSNY also clear snow from 6300 miles of the city’s streets.

Sanitation workers are the entry-level uniformed employees of the department. They are selected from the civil service list. To qualify for the job, they have to pass a written and physical exam conducted by the Department of Citywide Administrative Services. 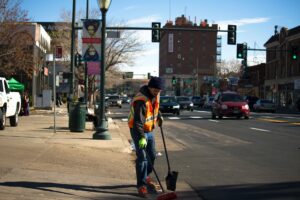 Each sanitation worker must pass a pre-employment background check, and a medical examination that clears them for duty. According to the civil service guidelines, any applying candidate must at least be a high school graduate and hold a commercial driver’s license. They must also be a resident of  New York, Westchester County, or Nassau County.

Court officers or bailiffs are professionals in the criminal justice system who monitor courtroom proceedings to keep everything and everyone in order. A court officer is responsible for swearing in witnesses, providing courthouse security, and functioning in any way when directed by the judge.

Court officers also gather and distribute evidence and files during court trials, as well as escorting witnesses, defendants, sheriffs, and other official personnel to and from the courthouse. During trials, they also oversee court proceedings to ensure public compliance according to government and the judge’s orders. 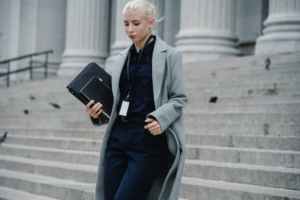 They the ensure safety of all present on the premises by inspecting anything in their purview, including prisoners, evidence, and even the courthouse premises itself. They also secure the jury by escorting them to the jury rooms, to deliberate verdicts and keep witnesses safe in the witness rooms. And of course, they also secure any prisoners in the holding rooms while they are awaiting trial or verdict in the courthouse.

Court officers keep an eye out for violent outbursts and generally suspicious behavior that might risk public safety or interrupt court proceedings. They make sure all protocols are followed by all parties involved.

These departments work together to ensure that New York city and its citizens enjoy a safe, secure, and well-maintained city, without any interruptions.

So, are you preparing to take your civil service exams soon? Do you need the expert guidance of former civil servants and educators? Well, Civil Service Success is your answer.

Whether it be Suffolk County, Westchester, or New York City, our courses prepare you to ace the civil service exam. Our faculty, with 40 years of experience in civil services and teaching, provides classes for   NYC firefighter preparation, Suffolk County police exams, and more with theoretical lessons and physical training.

Get in touch with us to learn more about our services.