How Mentally Tough do You Need to be as a Cop?

How Mentally Tough do You Need to be as a Cop?

For most people, it’s a given that you need to be physically behemoth in order to have a successful and long future as a cop. While you don’t exactly have to be The Terminator, you do have to stay in good shape and have great core strength to excel as a cop. And the requisite is there for a reason: you’ll need to deal with criminals and crooks of the highest order while on the job, many of who will be hardened mafia members and strong chaps—in short, you’ll need muscle on your side.

But that isn’t all, because there’s far more you need in order to excel as a cop.

And the one thing that most people miss out on is mental toughness, which is of equal importance—if not more.

While the job might be interesting and hooking at first, you’ll soon come to the realization that fighting crime, like any other job, gets a little monotonous over time. A bored cop would want to get through and get over each new case as it comes to you. A great cop—which we believe you’re trying to be—will think not of surviving through the ordeal, but of winning. You won’t be just getting through a case—you’ll treat every case as a life-and-death situation, and you’ll treat every criminal caught as a victory.

Fighting crime and criminals is nothing if not stressful. You’ll have good days and bad days. Some days you won’t get to catch the bad guys, and sometimes you’ll never catch the bad guys—40% murderers, for example, are never caught. 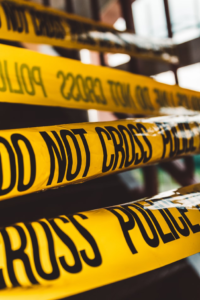 You’ll have to live with it—acknowledge and accept the fact that some fish will get away. Don’t dwell on these incidents too much, and don’t think of them as failures. Because if you do, you’ll never get ahead and your interest in other cases will also dwindle.

There will be times on the job when you’ll be too overcome by the details of a situation. Sometimes the details of a crime might be too much even for the hardiest of cops, and at other times, the victims will call for your pity—children, specifically.

All policemen see the worst of human beings while on their jobs, from rape to murders to serial killing to whatnot—and all the best policemen know that they can’t become emotionally involved. What you do need to do, instead, is focus on catching the criminal, and bringing them to justice once you’ve caught them. There is no greater service.

Preparing for a Police Exam?

Why don’t you take help from some of the best police exam preparatory courses being offered in Nassau, Suffolk, and New York right now? Check out the programs being offered by the Civil Service Success and affiliated groups and register today. Ace that police exam to ensure that you’re on your way to becoming a great, mentally tough cop!