How NYPD Deals with Murders

How NYPD Deals with Murders

With 447 homicides recorded in the year 2020, New York City has seen an unprecedented increase of 41% since 2019. The police department is the first department to deal with such cases. Specifically, the Detective Bureau has been structured to include homicide squads that investigate homicide cases.

How Do the Police Investigate Crimes? 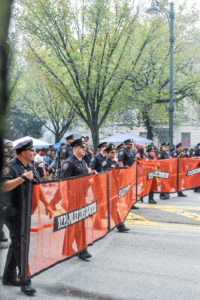 Two situations occur, either they catch the perpetrator red-handed and arrest them for taking them to jail, or there is no trace of the perpetrator or suspect at hand. In that case, the police officers start the investigation process.

If the criminal is nowhere to be found, police officers are called to the scene to investigate it. The investigation process involves looking for evidence and interviewing all suspected candidates. The area is sealed to ensure no one can enter and precisely to avoid contamination of physical evidence.

Certain safety procedures also need to be followed to ensure the safety of all officers at the crime scene. Emergency care is also essential to secure the lives of anyone injured or, at the time, not declared dead.

There’s also a site investigation that requires police officers to obtain a warrant for search and seizure. The warrant must be obtained on plausible grounds. This is owing to the police officers having to obey the Fourth Amendment. 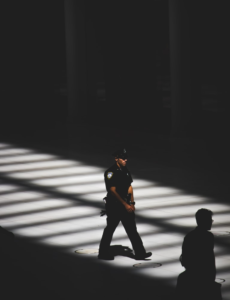 At any investigation or crime scene, law enforcement or police officers are trained to notice any unusual behavior or objects. The crime scene may contain bloodstains, weapons, and other evidence at unusual locations, all of which need to be observed.

In some cases, a “walk-through” scene is carried out to get an overall idea of what may have happened at the time of the murder. This scene gives the police officers and other investigators clarity over things they would have otherwise missed.

After a thorough investigation of the crime scene and evidence collection, police officers try to establish the events of the case by interviewing witnesses or suspects. The witness can be someone who knows the scene, has some relation with the suspect or victim, or someone with any personal interest in the case.

After recording the witness statements, the information is passed on to detectives and prosecutors.

As discussed, the crime scene is the place where all evidence resides. Evidence may be in the form of multiple things, including fingerprints, photographs, furniture placement, or any other physical objects related to the crime scene.

Detectives and the forensic team work in tandem to uncover this evidence. Gloves, including other special gear are worn by each member to preserve the physical evidence and avoid any contamination.

The found evidence is collected and placed inside a bag where it is labeled to avoid mix-up and clarity.

Since the evidence is one of the essential elements of every crime scene, each person involved in collecting evidence is called upon to ensure a chain and verify the evidence before it is presented in the court. The evidence is then packed and transported for secure storage or taken to laboratories where DNA tests are carried out to ensure blood samples and extensive testing.

The Process of Custodial Investigations

Once all evidence is collected, and the witnesses decided, the next step is interrogating the suspects to confession. In some cases, the forensic evidence is not reliable enough or too scarce to justify grounds. Still, custodial interrogation is what leads to discovering information that would have previously been unknown.

Most police officers and detectives have been doing this throughout their career and are skilled at the interrogation process. Having studied psychological cues such as human behavior to study and understand a criminal’s psyche, the police officers build on the suspect’s weakness and build trust to get a confession out of them.

While constitutional rights and physical means of coercion are not to be used, a police officer can indefinitely lie to a suspect and deceive them.

The warrant allows police officers to arrest the suspect and contains the amount of bail permissible to grant the individual bail.

The Arrestee Is Made Aware Of Their Constitutional Rights

Once a suspect is arrested, they are made aware of their constitutional rights as outlined in the Bill of Rights. These rights include a right to trial and appeal, the right to stay silent, and the right to an attorney.

Most suspects, upon hiring lawyers, resume the title of a ‘defendant’ and are granted the right to a speedy and fair trial. A prosecutor is also assigned to the case, and the court is taken to trial.

In a trial, it can also be permissible for a criminal defendant to ask for an “impartial jury.” A jury is selected from those who have volunteered and are selected in a way to avoid verdicts based on biasedness or conflict of interest.

If you’re looking to learn more about law enforcement service systems and thinking of appearing for the police exam in New York, you’ve come to the perfect place.

Get in touch with us now to register and take the first step towards joining your dream career.