How Sanitation Workers Help The Community

How Sanitation Workers Help The Community

The New York City Department of Sanitation processes more than 12,000 tonnes of recyclables and waste daily. The NYS Sanitation Department attracts a lot of applicants, although the work is physically and emotionally demanding. NYS sanitation worker jobs are advertised to more than 90,000 persons yearly, yet only 500 are chosen.

Acceptance rates at the NYC Sanitation department are extremely low, with only about 1% of applicants getting hired. However, despite how simple the job description appears on paper, it ranks among New York State’s riskiest professions because of the work description. The NYC Sanitation Department is responsible for one of the city’s most critical responsibilities.

The problem is that many people don’t give it the attention it deserves. Many factors contribute to government success, and the NYC Sanitation department is one. Here are some examples of the work that this division does.

They Keep The City Clean And Tidy

Keeping an area clean is the major goal of every city or town’s sanitation service. This may not appear to be a difficult task at first glance, but it is far more complex than it appears. If nothing is done to remove the waste routinely throughout the night, whatever gets thrown out of residential and commercial properties will be put into their streets. 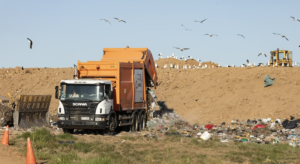 They Take Care Of The Streets And Sidewalks

Structural maintenance is a secondary responsibility of a municipal sanitary department. Sanitation workers are responsible for dealing with any issues, such as damaged pavement, rubbish mounds, or potholes.

They Help To Keep Homes Clean

They Take Care Of Trash Removal From Homes

People like to avoid this since they don’t enjoy thinking about it, yet it’s a must. A sanitation department is responsible for collecting and disposing of all trash generated by each household in their service area and disposing of it at a dumping site, recycling center, or other identical location. 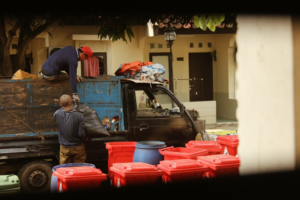 In addition, this involves cleaning up after the construction of a building, removing old sidewalks, removing dead trees, collecting debris, and other minor tasks.

They Deal With Infestation And Dead Animals

This includes using traps, pesticides, and other tactics to control and eliminate these pests. The sanitation department is also responsible for removing dead animals from the roads and pavements. Often, an animal crossing a road gets hit by a moving vehicle and dies due to it. The removal of the dead carcass of the animal is also the sanitation department’s responsibility.

As a result, the risk of catching infections from animal blood on the road is significantly reduced.

They Keep Us Protected From Epidemics

Weeds, vermin, and other elements could damage us if they aren’t addressed. People’s property or health can be harmed, or public health issues might arise if trash, weed, and debris are not controlled and removed from the area. Around 4,000 individuals sleep on the streets of New York City, which has a population of about 8 million.

Keeping the streets free of sickness and rubbish is essential because of this.

They Help To Clean Up After A Natural Calamity

The sanitation department plays an important role in handling the damages that natural disasters such as tornadoes, typhoons, and hurricanes cause. Since these events can inflict substantial damage to people’s homes and commercial properties, sanitation departments must be ready for everything. 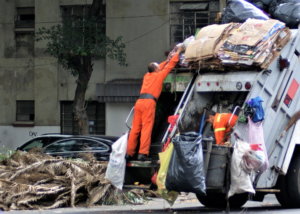 They make sure that all the debris caused by the destruction has been taken care of and removed from people’s homes. Houses that have been victims of the disaster or are about to collapse are also handled by the sanitation department.

Playing and enjoying the snow is all fun and games until you have to remove it. It is quite a daunting task and a necessary one. Otherwise, people won’t be able to reach their offices and schools on time. This duty also falls on the sanitation department, and they have to work in extreme winter conditions to deal with it.

Another reason why it’s so important to get rid of snow is so that anyone who needs to get to the hospital in case of an emergency can do so. A road blocked due to snow can make it impossible for drivers to get through, and in such emergencies, it can also result in a fatality.

Applying disease infestation to a structure or region is done by the sanitation department to control communicable diseases. An outbreak could be terrible for many individuals within the city or town. Therefore it’s important to keep a close check on things. Disinfecting and sanitizing everything that could be contaminated or be the source of a disease that humans could contract is also done by them.

Although this work can be difficult and dangerous, many individuals are interested in it because of the perks it offers. You must be fluent in English reading, writing, and speaking, even if you only have a high school background. In addition, passing the NYS Sanitation Exam is a requirement.

Candidates are tested on their physical and mental talents in the civil service examinations. To ensure the integrity of the position and to find the finest person for the job, sanitation workers must pass these exams. Although all of this might be sounding pretty daunting, don’t worry; organizations like Civil Service Success exist to help students with such problems.

Our track record allows us to call ourselves the best institution for civil exam preparations. Our well-designed courses and excellent staff help students achieve their dreams of becoming agents of the law. Our instructors have been preparing candidates for the NYS Court Officer, NYC Sanitation Worker, NYC Firefighter & Suffolk Police for over 40 years.

Contact us now to learn more about how we can help you get into this line of work.