If you have a knack for local politics with a can-do attitude, a city manager’s job may be an ideal choice for you. In a government based on the council-manager system, the city council becomes a governing body that the citizens elect. In this type of government, the mayor’s power differs in different cities, but they aren’t considered the chief executive.

A city manager is hired by the council and serves the role of the chief executive of the local government. With a few exceptions that differ in every city, a city manager is responsible for overseeing the entire city’s staff.

It’s their job to advise the council in different decision-making processes but holds no authority to decide on laws that the council enacts. Once major decisions and regulations are made, the city manager becomes responsible for carrying out the council’s wishes.

Responsibilities and Duties of a City Manager

City managers are required to conduct these duties in full effect:

City managers are a bridge between the day-to-day administration of the city’s services and politics. In most cities, the city manager is supposed to oversee different departments of the local government. They then report to the council and ensure that all the citizens are receiving smooth and efficient services. However, they must balance these against the agendas of the council members. 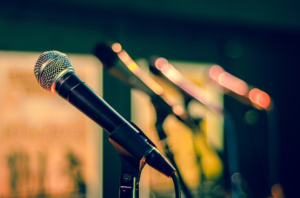 Job security in a city manager’s job is tough to maintain because the electorates tend to be irresolute. It means that the city council’s priorities and makeup can dramatically transform in a short period. Often, managing a city means convincing council members to accept that the changes they want may not benefit the city.

Salary of a City Manager

The city manager’s salary depends on the amount of the city’s tax base, which often isn’t the same as the population of the city. While big cities have greater tax bases, some smaller cities can also have a more significant tax base because of increased property values. According to the US Bureau of Labor Statistics, the average salaries of a city manager are as following

City managers are usually a part of the contract that can specify other benefits like housing and car allowance and delayed compensation.

If the council doesn’t hire a city manager from an existing municipality, they hire from within the city government. It means that most leadership positions within the local government can act as steppingstones for a city manager’s position.

City managers usually hold a public administration master’s degree, but their undergraduate degrees can vary because the council selects a city manager from different departments of the city government. For instance, a police chief may hold a criminal justice degree, and a finance director may have an accounting and finance degree prior to becoming a city manager.

People who want to acquire the position of city manager must earn a CPM (Certified Public Manager) credential. It entails training in areas like public service, leadership, planning, organizational and personal integrity, and more. 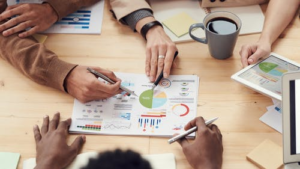 Skills and Competencies of a City Manager

A city manager wears several hats, and it requires to be mediators between different factions of the government, helping them reach common ground when it comes to controversial issues. A city manager should have the following skills and competencies.

Often, a city’s problem may have several solutions –each solution serving the causes of a specific faction. It’s a city manager’s job to help them find a solution to the issue that best serves the city’s welfare and not alienate community and council members whose ideas weren’t chosen to be implemented.

City managers can only do so much. Therefore, they must have a strong team of responsible department heads who can manage city finances, city planning, law enforcement, recreation, and more.

While city managers don’t perform every task on their own, they must be involved in critical city projects –specifically the ones that require the background and expertise of a city manager.

Along with working with the city’s council members, the city managers must contact the community’s citizens and leaders. While a mayor can represent a ceremonial viewpoint, negotiations and problem-solving must be done by the city manager.

Research shows that the positions of a city manager have a high turnover. People tend to leave their jobs as city managers after some election cycles. When city councils change, they bring their agendas, which can cause conflicts with the existing city managers. It leads to job instability and frequent job openings.

Because of that, city managers use their developed skills to find private-sector jobs where they deem themselves fit. The US Bureau of Labor Statistics predicts that city manager jobs will increase by 10% until 2026. It surpasses the projected rate of growth for other related job positions – that’s 7%.

Take the Civil Service Exam and Walk on a Path to Become a City Manager.

Civil Service Success offers prep classes for NYS civil services so that you can ace your civil service exam! Whether you’re planning to prepare for NYC Firefighter Exam, NYS Court Officer Exam, or Suffolk county civil service test, we’ve got the best instructors and prep content that can ensure success. We’ve been preparing aspiring civil servants for the past four decades. We’re well aware of the exams’ ins and outs, and our course content is the best one you’ll find anywhere. Contact us today and let us be your guide to success.