Hundreds of people work extremely hard on Capitol Hill and throughout the U.S. to support each Congress member. From unpaid interns to chiefs of staff, congressional staffers have to work in a high-stress work environment and spend long hours working for people.

To work in a congressional office, you need a vast amount of relevant working experience. People won’t be taken from the street and given titles of legislative directors, chiefs of staff, or communication directors if they don’t have the experience. Typically, when people start working in the congressional office, the common position is that of staff assistants, legislative correspondents, and interns.

Duties & Responsibilities of a Congressional Staffer

Congressional staffers are given the tasks that no one fancies. Their job typically requires them to:

Congressional staffers are significant contributors to managing a representative’s or senator’s daily activities – helping them run things smoothly. While they may look like minions within the hierarchy, they’re vital in the congressional office. 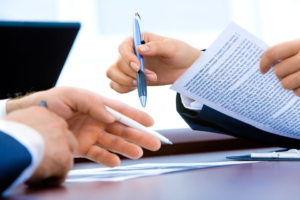 Salary of a Congressional Staffer

Members of Congress have allowances, and they’re supposed to pay for office expenses, travel, and staff salaries from that. The amount of the budget is defined through formulas, and they’ve been fixed since 2009.

Because of tight budgets, congressional staffers may be expected to incur out of pocket costs for things like cellphones and transportation for meetings outside of the office.

The Senate and House don’t have any particular hiring process other than requirements applicable to all federal employees. Each congress member is hired if they fit the open job.

There’s no particular or specific education requirement for people wanting to get entry-level congressional staffer jobs. However, most of the people working in the Congress have at least a bachelor’s degree, while many also have a master’s degree in public policy, political science, communications, and law. Because there’s a lot of competition for these jobs, it’s best that you at least have a bachelor’s degree. 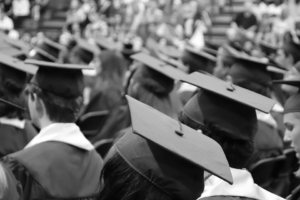 If you want to land a job at the congressional office, you must be a U.S. citizen, seeking citizenship, or lawfully admitted. People who’ve been given asylum or refugees have an exception in this case. But for them to be considered for the congressional staffer job, they must pledge allegiance to the U.S.

Skills & Competencies of a Congressional Staffer

Staffers should have impeccable speaking skills because they address the public a lot. Their job entails a lot of interaction with different politicians, staffers, and constituents.

Their job entails a great deal of correspondence over emails and letters with a range of people.

A congressional staffer must know how to operate basic computer programs like Microsoft Excel, Outlook, and Word.

Ability to work under pressure

A government job is a high-pressure job. Congressional staffers should be able to cope with commitments and deadlines without any error as errors can lead to severe consequences. Therefore, a congressional staffer needs to work efficiently and calmly in every situation.

A congressional staffer is expected to stay abreast of all the information and details, and they should be organized enough to access any information within short notice. 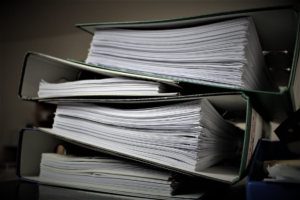 According to statistics by the U.S. Bureau of Labor Statistics, legal assistants’ hiring will increase by 15% within the period through 2016 and 2026. It’s comparatively faster than an average for other occupations.

The work environment for a congressional office is mercurial. A legislator has a diverse set of responsibilities. Easy workdays precede a series of fast-paced work commitments making it stressful to work. Congressional staffers would be at the office during the day and at an event in the evening.

Congressional staffers are expected to work during standard work hours when Congress isn’t in session.

How to Land the Job?

When you participate in student government during your college time, you learn a great deal about working in a similar environment.

The best way to enter the congressional office as an intern, staff assistant, or legislative correspondent is to network.

Civil Service Success offers preparatory classes for NYS civil services so that you can pass your civil service exam with flying colors! Whether you’re planning to Prepare for NYC Firefighter Exam, NYS Court Officer Exam, or Suffolk county civil service test, we’ve got you covered. We’ve been preparing aspiring civil servants for the past four decades. We’re well aware of the exams’ ins and outs, and our course content is the best one you’ll find anywhere. Contact us today and let us be your guide to success.