Planning for Trauma: How to Protect Firefighter Mental Health

Planning for Trauma: How to Protect Firefighter Mental Health

Firefighters are in charge of safeguarding people against the harshest elements of nature, such as bush-fires, wildfires, and natural disasters.

Their job is stressful, and they must be prepared to be called on at a moment’s notice.

According to the latest statistics from the US Fire Department, as of 2018, there were over 29,000 fire departments in the country, with over a million firefighters in service across the country. 67% of this number were volunteers and 33% were career firefighters.

The low percentage of career firefighters can be linked to several reasons, such as the high risk of injury and death on the job, tough work demands, and the rising occurrence of mental health issues such as PTSD among existing firefighters.

Mental health needs are being acknowledged and addressed around the globe. Recently, fire departments around the US have taken great strides in recognizing the need for proper mental health support for firefighters.

Firefighters work under great stress, and are often first responders to distressing scenes involving lethal fires and horrific scenarios where people are trapped. Most firefighters operate for days without proper rest and experience burnout and emotional fatigue.

The exhaustion and the emotional toll of the job often manifest in the form of various mental health issues. According to research, almost half of U.S. firefighters experience burnout and an estimated 37% meet the criteria for Post Traumatic Stress Disorder (PTSD).

A survey by the International Association of Fire Fighters found that over 65% of firefighters struggle with memories of particularly distressing 911 calls, 27% have given in to substance abuse to deal with the emotional trauma they experience on the job, and 17% have had suicidal thoughts.

This highlights a critical need for mental health assistance and to raise awareness among fire departments.

While many government agencies—such as law enforcement and fire departments—work to incorporate mental health assistance within their agency structure, they still face several challenges in encouraging their employees to seek help.

One of the biggest challenges within fire departments is the stigma associated with seeking help for mental health. The survey by the International Association of Fire Fighters showed that many firefighters avoid getting mental health assistance for fear of being seen as unfit for duty or the ‘weak one in the herd.’

71% of them said they haven’t used the help provided by their departments for mental health and over 63% of the people who did reported that it wasn’t helpful at all.

So what’s keeping the fire departments from having effective employee assistance programs that can help bring down the rates of mental health issues among firefighters? 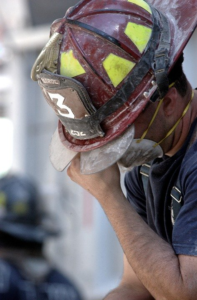 It all comes down to understanding firefighter’s mentality. Firefighters and other first responders have greater resilience and are trained to remain calm and in control in situations that could lead to serious trauma.

However, repeated exposure to stress and trauma cause the brain to become overwhelmed. Even well-adjusted and experienced firefighters eventually succumb to mental health issues after dealing with emergencies on a regular basis.

The ‘tough it out’ culture needs to change, and fire departments need to put strategies in place that will remove the stigma surrounding mental health.

There needs to be open communication to ensure that firefighters feel safe voicing their concerns or feelings. The departments also need to encourage firefighters to seek help. They must also educate firefighters to be able to identify such issues themselves, and provide the necessary tools to act appropriately.

They also need to have courses and training programs in place that educate firefighters and the community about mental health, behavioral issues, and signs of emotional trauma.

Fire departments must also change the way in which firefighters are often compared with each other and the stigmatizing that crew members who have come forward with behavioral health issues face.

Emotional trauma is an unavoidable minefield that every firefighter must walk through on a daily basis. Fire departments need to develop mental health support resources that will empower those who chose to seek treatment and help others be prepared for the emotional trauma on the field.

One of the biggest causes of emotional trauma among firefighters is self-criticism. The feeling of not being enough or not doing enough and failing to save more people can be crippling and exhausting. 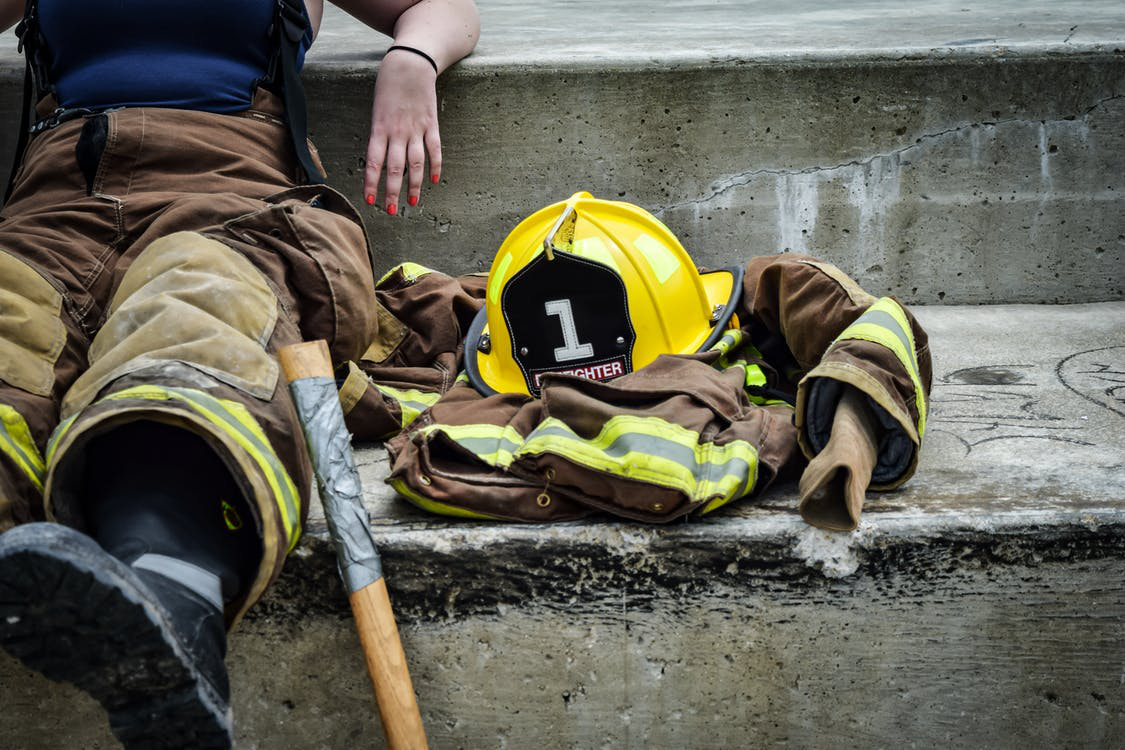 Firefighters often hold themselves to unreasonably high standards and are their own worst critics. Fire departments must end this self-blame culture and help firefighters overcome self-judgmental behavior by hosting programs that deconstruct these ideas.

Studies have found that almost half of all firefighters in the United States reported getting six hours or less of sleep. Working in a high-stress job also causes people to overlook other aspects of their health, such as diet, physical health, and proper off-time from their demanding job.

Not getting enough sleep has shown to increase the risk of burnout and emotional exhaustion by at least three times.

Getting sufficient sleep and practicing mindfulness, on the other hand, leads to better mental health and reduced impact when faced with distressing situations.

Civil Service Success has been successfully preparing candidates for various civil service exams in New York. Our comprehensive exam preparation classes and workshops are tailored to each position to ensure that our candidates have the best chance of doing well in their civil service tests.

Get in touch with us for more information about our curriculum, course material, and experienced instructors!