Policing and Restoring Trust with Communities

Policing and Restoring Trust with Communities

Building and retaining the trust of the community is foundational to successful law enforcement and policing. Building a community’s trust in the police department is demanding. For that, the International Association of Chiefs of Police surveyed the community trust continuum, focusing on the Internal Affairs department’s monumental role in building community trust. This state-level initiative was supported by the Office of Community Oriented Policing Services. 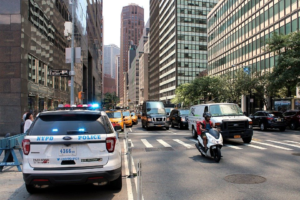 We believe that community policing is vital to restoring the trust in police officers. For this purpose, the police officers must understand their three fundamental roles as a warrior, servant, and leader.

A police officer, as a warrior, must show unwavering commitment to what’s wrong and right. It doesn’t only apply to enforcing the law upon the citizens but ensuring that other police officers should also act appropriately. When you see another police officer’s misconduct, its unacceptable to not do anything.

A warrior mustn’t unnecessarily participate in a physical confrontation. While the law is often black and white, it doesn’t mean that we treat everyone as a criminal. Officers must know how and when to use force. Therefore, training agencies need to teach de-escalation techniques to their recruits.

If a police officer wants to serve, they must put other’s needs before their own. Usually, police officers are great at providing protection, but fail when they have to serve. They’re accustomed to giving orders and being focused on messages instead of connecting and developing relationships with people. 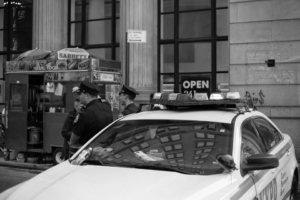 Police officers must be role models and serve the public when their off duty and on. There are various ways cops can volunteer by being there in the community and giving back.

It sounds counterintuitive, but junior police officers shouldn’t always emulate the approaches and actions of veteran officers. It’s because, as time passes by, some police officers lose touch of why they entered the police force in the first place. Their mindset can influence new officers. Therefore, officers must keep a check on themselves and see how their actions impact others around them.

We believe that all police officers should try to become mentors and coaches to their subordinates. The stripes on your uniform have nothing to do with your leadership. If you have the power to influence people, you can be a leader. We’ve observed that usually, it’s the low-rank police officers who go in the community, mingle with people, and positively influence them.

For communities to rebuild the trust in police officers, police departments must greatly focus on changing their culture. We firmly believe that the organizational culture can lay a foundation of fostering better relationships with the community. A culture that values diversity and respect drives home the ‘us vs them’ thinking. 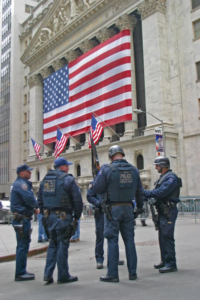 We must focus on creating strong ties with the community instead of writing institutional mission statements because the essence of policing expands above and beyond serving and protecting. The ‘thin blue line’ and ‘code of silence’ are deeply embedded in the police culture, damaging the way officers think about the citizens and their job. We must eliminate that mindset as creates a gap between the police department and the community. It creates an impression that police officers are enforcers, but they’re also problem solvers in reality.

While this change may seem significant, it’s relatively simple to implement. A police officer’s job entails communicating with suspects, witnesses, victims, and other officers. Therefore, they must take time to reflect on how they communicate to show empathy while engaging in a conversation with others. Empathy can de-escalate serious situations, and also impact the way people interact with them.

Showing people that the police officers care about them will help the public understand that the department sees them as human beings and not as problems. This way, people will know that a cop cares for them, and they’ll be more active and receptive to what the officers have to say – radically transforming the department’s public perception.