Although Suffolk County has had its share of some notorious cases—such as the Long Island Lolita and the Amityville Horror cases—none has bothered the Suffolk County Police Department as much as the Gilgo Beach Murders.

The reason isn’t too hard to understand: in most of the other cases, the Suffolk County Police Department was successful in apprehending, arresting, and bringing to justice the criminal. However in the Gilgo Beach Murders, the chase was long and hard.

The killer has many names—from Long Island killer to the Gilgo Beach Murderer to the Craigslist Killer—and the perpetrator has never been apprehended. Up until 2013, between 10 and 16 women were killed in the county. Their bodies were found dumped on Long Island’s South Shore. These areas included Gilgo, Oak Beach, and Ocean Parkway. As the bodies continued to pile, the Suffolk County Police Department knew that they had a serial killer on their hands. They believed that a single person was responsible for all the murders given their similarities and the killer’s modus operandi.

It was, in fact, a police officer who discovered the first body, all bones, along the beach.

Only two days afterward, more bodies were found. The Suffolk County Police Commissioner was quick to connect the dots: so many bodies found together in the same area within such a small span of time indicated that a single killer was using this particular region as a dumping ground. 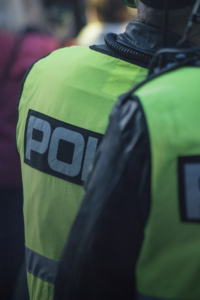 It possibly was, Richard Dormer claimed, a serial killer. Yet, more bodies were found only a few months later, and the police were up in their hunches, trying to pin down every criminal activity in the nearby area.

The Nassau County and the Suffolk County Police Departments collaborated with each other in their bid to bring down the Gilgo Beach Killer.

Their combined search began with an extensive search for more bodies, in an attempt to estimate just how many victims this killer had had. The largest ever reward in the history of the county—$25,000—was announced for any information that could lead to an arrest.

However, neither the reward nor the good spirit of the county was able to bring this notorious killer to justice, to this day.

What This Tells Us

There is much to learn from the Gilgo Beach Murders. The case gives us a little insight into the hardy, dedicated work that a policeman working in the Suffolk or Nassau County has to do. It gives you a sneak peek into the intensive world or police work and crime fighting, and can help you decide if you’ll need to register for a preparatory course before you sit for that civil service exam. If you’ve got any questions, we might have the answers.