Civil Services refer to a litany of government jobs tasked with administering the government’s responsibilities (i.e., its policies and laws). Civil servants are employed by some executive department at the local, state, or federal level. Executive branches of the state are tasked with administering government policies and laws (legislative and judicial branches are responsible for drafting and interpreting, respectively). Government jobs cover a wide range of occupations, from elementary school teachers to law enforcement officers.

The idea underpinning almost every country’s civil services is to select the most competent candidates for government jobs. The rationale is that since the parts are competent, the whole (the government) will also be very efficient. The idea isn’t critique-proof, but it does have merit. As a result, many countries have evolved civil service exam systems that are as competitive as possible.

Despite their intents, many countries have stumbled with producing a purely competitive civil service system, and the US isn’t exempt from this list. Despite making significant improvements since its genesis, some US Civil Service systems still have loopholes. Here’s a brief history of the US Civil Service System and the One-in-Three rule in New York.

History of the US Civil Service System

The Federal Civil Service system was instituted in 1871 and encapsulated the civilians working for federal executive departments (with some exceptions). The civil service was structured according to the spoils system. Essentially, civil servants served at the behest of the president. 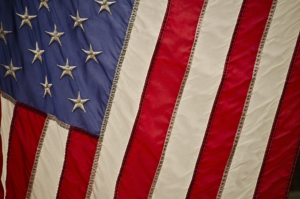 Since the president could hire and fire as he pleased and was loyal to a party, civil servants would be filled with people from this party. This led to partisan processes gaining some control over the executive. Besides that, the spoils system also led to cronyism and nepotism. In fact, the spoils system is, by definition, a system where the head of government fills government jobs with family (nepotism), friends (cronyism), and supporters.

This flew in the face of the competitive nature of the civil services, and this wasn’t lost on many political agents at the time. The system began to change with the Pendleton Civil Service Reform Act of 1883. This act mandated that merit direct civil servant choices, not patronage. The act also enhanced job security, making it illegal for parties to fire civil servants for political reasons (though this has been abused).

The reforms culminated with the Hatch Act of 1939. This act mandated that civil servants can’t engage in any political activities for the duration of their employment. Effectively, this meant to continue the Pendleton Act trend of distancing the civil services from politics.

State and local civil service systems are modeled to a large extent on the federal system. You wouldn’t be remiss in thinking, then, that lower civil service systems have similar issues. This brings us to the One-in-Three rule in New York State. This rule is encapsulated in Section 61 of the state’s Civil Service Laws.

The rule states that public employers have the discretion to choose who to appoint or promote from the top three scorers on an eligible list. An eligible list refers to all the people who have passed a civil service exam, and the list is ordered according to rank. 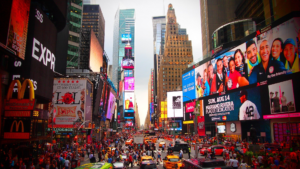 Intuitively, this doesn’t seem that bad; in fact, it isn’t wrong per se. Giving employers a choice between three candidates is understandable. The idea behind the rule was to let employers consider other variables besides a candidate’s score. However, employers seldom choose between only three candidates because of how the students are ranked.

The ranks are determined by first gathering each candidate’s raw score (i.e., how many questions they answered correctly). They then create multiple scoring bands with raw score ranges and ranks. Everyone who falls in a particular band is tied for a given rank. For example, if John, Jack, and Jones get different raw scores but fall within the third rank band, they’re all tied for third.

The result is that employers receive a selection of many more than just three applicants. This is an issue because it compromises the competitiveness of the exam. Since employers can pick people according to other criteria, their biases can enter the picture. As a result, employers may pick people whom they prefer or know. This echoes the same issue present in the spoils system, though perhaps not to the same degree.

Despite this loophole, faith in the NYS Civil Service System isn’t misplaced. If you need help to prep for the civil services, we can help. Get in touch with us at Civil Service Success for preparatory classes for civil service exams, such as the Firefighter and Suffolk County Police exams.