The Purpose and Format of the NYS Civil Service Exam

The Purpose and Format of the NYS Civil Service Exam

In the US, the Civil Service refers to the body of civilian, public sector employees that aren’t elected and aren’t serving in the military. The workers that comprise these government jobs are chosen through competitive examinations. The original intention behind these exams was to vet the most capable and competent applicants for the Civil Service. 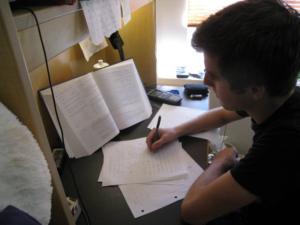 By the early-to-mid 20th century, the spoils system (president employing relatives, friends, and supporters in government jobs) was being replaced. More and more people were being chosen based on merit rather than party affiliation. Eventually, the spoils system was fully replaced by competitive examinations, which brings us to the importance of the civil service exams.

The NYS Civil Service system is one of the largest and most significant in the US, with a workforce composed of well over a million citizens. One of the system’s foundations is its civil service exams. Everyone seeking civil service employment has to go through the appropriate examination. Here’s what you need to know about the purpose and format of the NYS Civil Service exams.

Is there Only One Exam?

The title may be misleading, as it seems to refer to a single, homogenous exam given to all civil service applicants. In reality, there are various civil service exams, each differing with the job, municipality, etc. Besides testing job and municipality-specific information and skills, most tests will also test general abilities, such as reasoning and reading.

For instance, police and firefighter exams are designed to test situational awareness, among other things. Additionally, firefighters also have to take a job simulation exam in some municipalities to test their judgment and awareness in a practical context. In contrast, an MTA bus operator exam tests spatial awareness and orientation and mechanical aptitude. 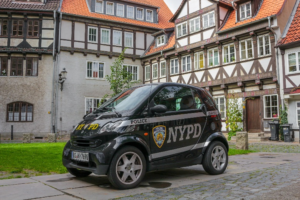 Why Are the Exams Important?

The exams are designed to test an applicant’s knowledge, intuition, and skills in a pressure situation. Over the years, exams have come under fire for not being the best way to test an applicant’s skills. That’s true, but it depends on the context. For instance, in schools where people are being trained to research, exams may not be the best way to test their research skills. A research paper would be a better option.

However, in a civil service context, exams are an effective way to test applicants. Government jobs typically throw people into pressure, time-bound situations. The exams mimic the pressure of the job (especially job simulation exams). Additionally, they also test other skills, like reading and problem-solving, that are necessary for their jobs.

How Are the Exams Structured?

As mentioned above, there isn’t one universal civil service exam. Instead, there are different kinds of exams with different content. Here are the kinds of exams and how they’re structured.

Oral and Essay Exams: Though these exams vary in content, they’re all designed to test an applicant’s critical thinking skills. Answers are typically presented either orally to some judges or in an essay format.

MCQ Exams: This is the most common kind of NYS Civil Service exam, and it’s structured homogenously everywhere. The differences are in content and how the exam is taken (either written or on a computer). 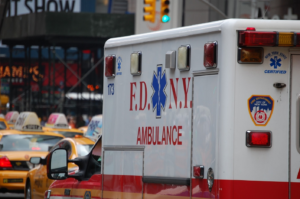 Job Simulation Exams: These are also known as performance exams, and they’re most common for jobs with a specific skill or talent requirement. For example, many firefighters are required to give a job simulation exam to see how they handle themselves and the situation.

Training and Experience Evaluations: These aren’t exams per se; they typically supplement your examinations. These evaluations often require presenting some output from your previous experiences, such as videos or reports.

Due to the number of variables present in taking any NYS Civil Service exam, people aren’t flush with confidence when studying on their own. That’s where we can help. At Civil Service Success, we help prep applicants for civil services. We provide preparatory classes for various civil service exams, such as the Suffolk County Police, firefighter, and NYS court officer exams.