What Are The Advantages Of Working In The NYC Sanitation Department?

What Are The Advantages Of Working In The NYC Sanitation Department?

Do you think getting admission to Harvard University is hard? Getting a job in the NYC Sanitation department is tougher, as the acceptance rate is nearly1%. On paper, the job description may seem fairly easy, but the truth is that it is one of the riskiest jobs in New York State.

Even though the job is tough, many people are interested in a career in the NYS Sanitation Department. More than 90,000 people apply for NYS sanitation worker jobs every year, but only 500 fortunate candidates get the job.

To apply for the job, you have to be physically and mentally fit because of the job description. 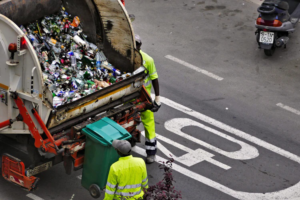 Generally, a sanitation worker has to clean public spaces like parks, streets, and residential areas. The job requires the collection, recycling, and disposal of garbage. In the winter, removing snow is also one of the additional duties they have to perform. They load garbage in the truck and unload it on the drop-off points.

Despite how challenging and risky the job can be, people apply for this job because of its benefits. Although the minimum educational requirement is high school, you must be fluent in English reading, writing, and speaking. Also, the NYS Sanitation Exam is part of the eligibility criteria. The civil service exams are designed to examine the physical and mental abilities of candidates. Sanitation worker jobs require these exams to maintain the position’s integrity and hire the best-suited candidate for the job.

Here are some of the benefits this job offers.

Importance for the Community

It feels good to be a part of a job that helps people and plays an important role in the functioning of a municipal system. Roughly, a household of New York produces 11,000 tons of trach and 2000 tons of recycling which 6,500 sanitation workers collect, sort, disassemble, etc.

Covid-19 has given the sanitation workers another level of importance and respect and made them essential staff as sanitation is now much more important. They were classified as essential workers along with reporters, police, and medical professionals.

New York City is the dirtiest city in the United States, so the sanitation department’s salaries are competitive and above average. The initial average salary of a sanitation worker is approximately $37,000 per year for an eight-hour shift.  This seems pretty low for a start, but you can expect the salary to go up to $50,000 within the first year. 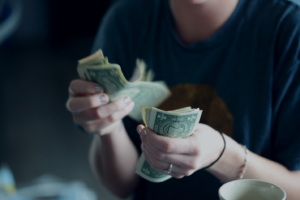 After five years, the salary can go up to $100,000 per year with many other incentives. Furthermore, if you become a four-star chief sanitation officer, you will be earning up to $211,485 per year.

An additional benefit of working as a sanitation worker is generous overtime for holidays and extra work hours. Their usual shift is 8 hours, after which they can work more if they want and earn a good amount.

If a close family member dies, they are allowed to take four days off. If a worker dies, their family will get $25,000 cash and unutilized leaves encashment.

The sanitation workers can sue and file a lawsuit if they get injured during duty hours because of their employer’s or third party’s ignorance. They can also claim reimbursement for job-related injuries as employers are liable to ensure the safety of their employees.

Another good part of this job is that the workers are in contact with many people daily. Their social interaction keeps them healthy and alive. They can become friends with other sanitation workers, supers, and sometimes residents as they work for years in the same communities, so people get to know them.

A shift of a sanitation worker starts at 6:00 am and ends at 2:00 pm. This gives them a fair amount of time during the rest of the day to do other things. They can do overtime work or engage in any number of hobbies and activities. This also allows sanitation workers to live happy and fulfilling family lives. 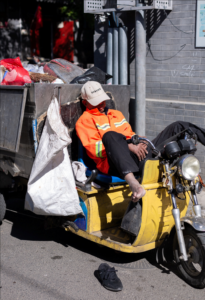 If all these benefits are appealing to you, you may want to pursue a career as a sanitation worker. Our experts at Civil Service Success can help you achieve that goal. We offer detailed course material comprehensive prep classes to help you pass the exam to apply for your dream job.

Civil Service Success has been in the field for over 45 years. Our highly qualified and experienced staff will help you prepare for verbal and written tests of various civil service exams, including NYC firefighter, the Suffolk Police, NYS court officer, and NYC sanitation worker exams.