Police officers, or more accurately law enforcement officers in the US, have crucial responsibilities, and therefore the hiring process entails a lot of tests and screenings. Only the candidates who can clear all these tests and evaluations are considered for the job.

Although it is one of the final stages of the hiring process, psychological screening can make or break your hiring chances. Moreover, it’s not just carried out for law enforcement jobs but also criminal justice careers.

Where Does Psychological Screening Fit in The Hiring Process 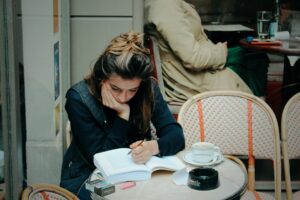 Psychological screening is perhaps the most important but also the least understood step of getting hired as a law enforcement officer. It is part of a long series of tests and exams, so candidates tend to take it easy and don’t prepare for it as they should.

For instance, the journey begins with the entrance civil service exam for NYPD police officer candidates and ends with a physical fitness test and drug screening. In short, candidates have to prove that they’re worthy of serving as a police officer, whether it’s the NYPD or the Suffolk County Police.

Where And How Psychological Screening Is Used

These exams are followed by background character investigation and the physical fitness test known as the Job Standards Test. Finally, the candidates have to undergo drug and alcohol screening.

Psychological Screening: What It Isn’t

Psychological screening isn’t a way to separate the insane from the sane ones. Instead, it is a tool used to assess whether a candidate is suitable for the law enforcement job. As we discussed earlier, law enforcement isn’t an easy job and involves a lot of emotional, physical, and mental toiling.

Police officers have to stay polite, calm, and composed even when facing verbal abuse or horrific crime scenes. Although various personalities make up the police force, everyone should possess certain shared personality traits.

Furthermore, there are certain traits that police officers cannot have. Psychological evaluations help in identifying these traits in the candidates.

Psychological Screening: What It Is 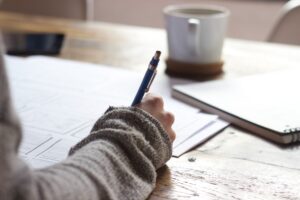 In other words, psychological screening only checks if the candidate has the psychological fortitude required to take on the specific demands of rigorous police work. However, if you’re wondering what exactly will be on the test, we can give you some idea of how to be prepared.

According to a study reviewing the psychological testing of police officers, the most commonly utilized tests include the MMPI, MMPI-2, and the IPI.

MMPI is short for Minnesota Multiphasic Personality Inventory. It is defined as a psychological test that can assess personality traits and is commonly used to screen people who may have mental health issues. You can expect to answer questions related to social introversion, depression, and paranoia.

MMPI-2 is a true/false self-reporting test used to measure the psychological state of the candidates. The test comprises nine validity scales that can assess for lying, faking good, faking bad, defensiveness, and other attributes.

IPI is short for Inwald Personality Inventory and is used commonly in public safety services to assess whether an employee is fit for law enforcement and public safety jobs.

In short, you can expect your psychological screening to comprise several multiple-choice exams and surveys. The test can also contain a self-interview or evaluation and an interview with a psychologist.

Although the test is designed to give an overall picture of your psychological state, some traits are specifically considered to give the evaluators a good idea of your fitness. These traits can include general intelligence, personal bias, judgment, honesty, and integrity.

There’s no denying that law enforcement officers are held to a higher ethical standard. Psychological screening is one way to screen out candidates who may not be able to perform up to this standard.

Psychological Screening: How Effective Is It?

Police departments rely on psychological screening tools that have been studied extensively and validated as accurate predictors of psychological behavior.

Due to the vast amount of data available to back up the validity of these screenings, police departments and psychologists are confident of their effectiveness.

Final Word of Advice: Be Honest

If you’re wondering how you can pass the psychological screening, the final word of advice is to be honest on the test and not worry about passing or failing. These tests can tell very easily if you’re lying or trying to be deceptive.

Instead, just answer all questions honestly to boost your chances of passing the evaluation. You can also prepare by taking psychological tests available online.

Start Preparing for Your Police Career with Civil Service Success

If you’re really motivated about joining the police force, the very first hurdle you’ll have to pass is the written civil service exam. At Civil Service Success, we help you prepare for this exam to improve your chances of acing the exam on your first try.

Right now, we’re preparing candidates for the Suffolk County Police exam in NYS. Our courses are designed to be comprehensive and specialized for the exam you’re taking. Get in touch with us now to learn more about how we can help kickstart your police career.